Back before my Buddy Cuddle days (our current dog) when I was fresh out of highschool and living on my own in an apartment for the first time, I decided I needed a vicious attack dog.

Not just any viscous attack dog, but one that could also pass for a cat, because my building didn’t allow dogs. I’m not sure why my 18 year old self thought I could pass a dog off as a cat, but let’s not dwell on my ridiculousness. Enter my fluffy 5 lb pomeranian Gracie, or G-face as her friends called her, or Ghost Face Killa as I called her when there was a creepy noise in the hall. As in (loudly) “C’mon Ghost Face Killa lets go see what that scary noise is in the hall, it better not be a robber/axe murderer cuz you will rip their face off right???” I’m not sure the logic behind this one as she was clearly a cat, ahem…at least as far as my building manager was concerned.

She had some pretty major issues when I adopted her, as she had been rescued from a puppy mill and never touched by a human in her life. It took her about a week to voluntarily come out of her kennel on her own, even when I was armed with a side of bacon. She finally warmed up to me and became velcroed to my side, my permanent little lap warmer.

Just so you get the level of her devotion to me I should mention I was dating the Mr. and this point, so she saw a lot of him and it wasn’t til about 3 years later when we were 6 months into marriage that she finally begrudgingly accepted him and would sit on his lap from time to time.

Sidenote: you may be wondering how I passed her off as a cat, she actually used a litter box! She was terrified of the snow, because the puppy mill was in Georgia where I’m sure she didn’t see much of the white stuff. I got her January, so I gave the litter box thing a try. The sound of her own bark scared her as well that first year, so she was pretty much in stealth cat mode already.

Ok now that you have some background on Gracie, it’s time for the craziest story you ever heard…

I was working in an office part time and my coworkers and I decided we should all submit our dogs photos to the Dog Fancy Day by Day Calendar. My friend had one on her desk and it’s filled with reader photo submissions. Clearly Gracie was the cutest dog/cat ever, so I had the utmost confidence that we would soon be world famous.

Months went by and my coworker got a letter in the mail along with the new edition of the Dog Fancy calendar that her dog had made it in!

I could believe it because her dog was awesome, but the rest of us were totally ready to boycott Dog Fancy’s offices with signs like “Down with Dog Fancy” and “It’s a Ruff life, let our dogs in!”.

Ok, so, maybe this was just me, but I was pretty bummed!

The Mr. and I were now married and living in Des Moines, Iowa. It was summer, July 28 to be exact and he was out to lunch with his coworkers. They had walked to a vietnamese restaurant called ADong that he hadn’t been to before (any Iowans out there, is ADong still around?). As he went up to the counter to pay for his lunch he noticed a little day by day calendar sitting by the register (!). He glanced at it when he noticed that it was a photo of a Pomeranian (!) and said “Hey this dog looks like my dog” as his coworkers were all like huh cool.

He then picked up the calendar and noticed the dog’s name was Gracie.

This is when he was really stumped.

He kept reading and there was my name right underneath!!

Now the Mr. was freaking out! “Like holy cow this is actually my dog!!”

“Guys this is my dog, on a calendar, inside a vietnamese restaurant!! What is going on?!”

I think he was scaring the poor woman at the register who didn’t speak any english. He kept asking her if he could take the calendar page and she just wanted him to pay for his lunch. :)

After he finally paid, he just ripped the page off the calendar as he left the restaurant while the poor confused woman just stared at him.

He then calls me at home practically shouting at me saying “You are never going to believe this! Gracie is downtown at ADongs!!”

Which had me frantically searching our house for Gracie yelling “WHAT? She ran away?” only to find her asleep on top of the warm laundry I was folding.

So, somehow Dog Fancy recognized the cuteness of my sweet Gracie and held onto her photo for 4 years! They couldn’t notify me and send me my free calendar, because at that point the Mr. and I had already moved 4 times.

I never would have know of her glory and fame if the Mr. hadn’t somehow walked into that vietnamese restaurant on that exact day and spotted the calendar sitting on the register!

Is that not the craziest thing you have ever heard?

My mom had her page framed for me for Christmas and it still cracks me up every time I see it. 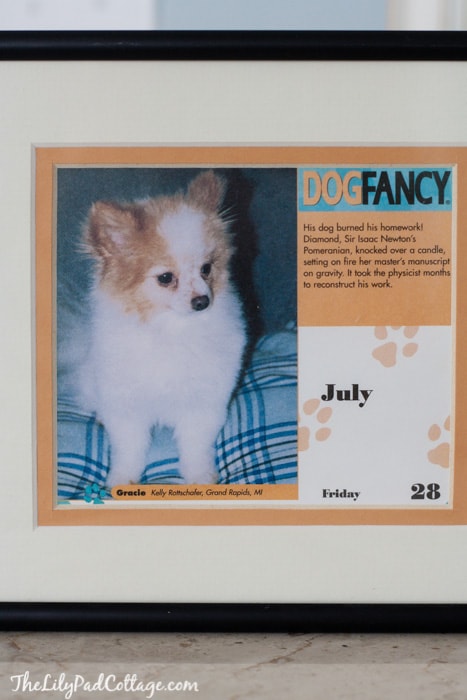 Wasn’t she just the cutest?

Unfortunately you can all maybe imagine what happened 6 months later when a certain bouncing drooling baby girl showed up at our house. Gracie was none too accepting of the new stranger who was permanently attached to my side and it was the saddest thing for me. She was almost 10 years old and had tried to bite our 6 month old daughter, so we had to put her to sleep. It broke my heart.

She will always be my first randomly almost famous, axe murderer scaring, favorite dog/cat ever.

PS I know it has been quiet over here this week, but I’m working on a huge DIY project that has been taking over my life, I’m hoping to share it next week! So, excuse the random dog post, I will be back to my regularly scheduled programming next week ;)

PPS I was looking back for more photos of Gracie, but had a hard time finding any since this was all before the days of camera phones, but I did come across this gem of Buddy when he was still a puppy…bahahaha! 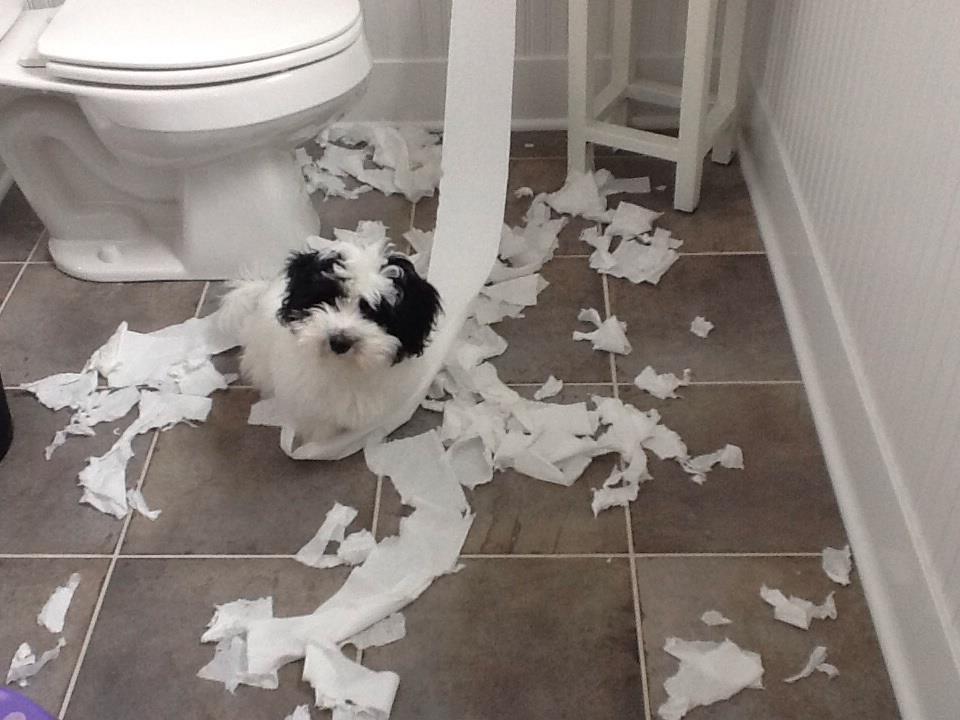 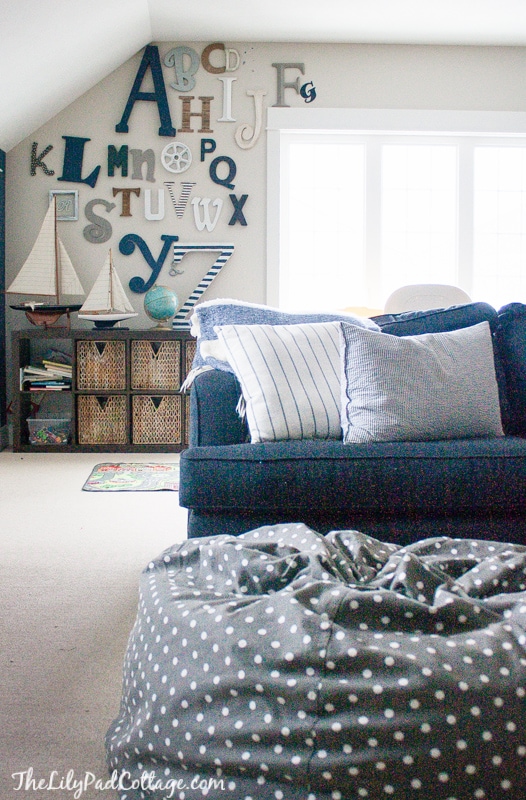 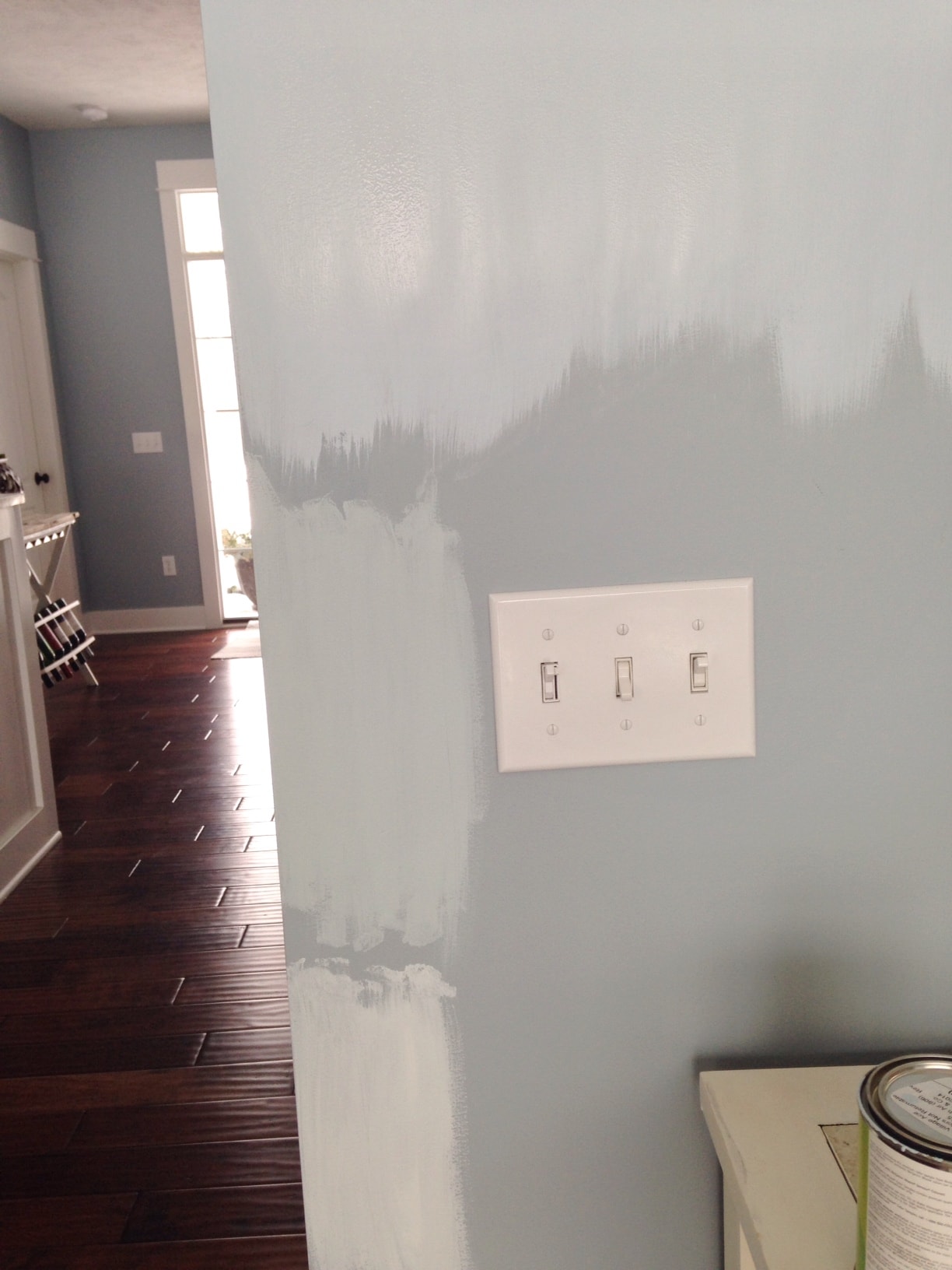 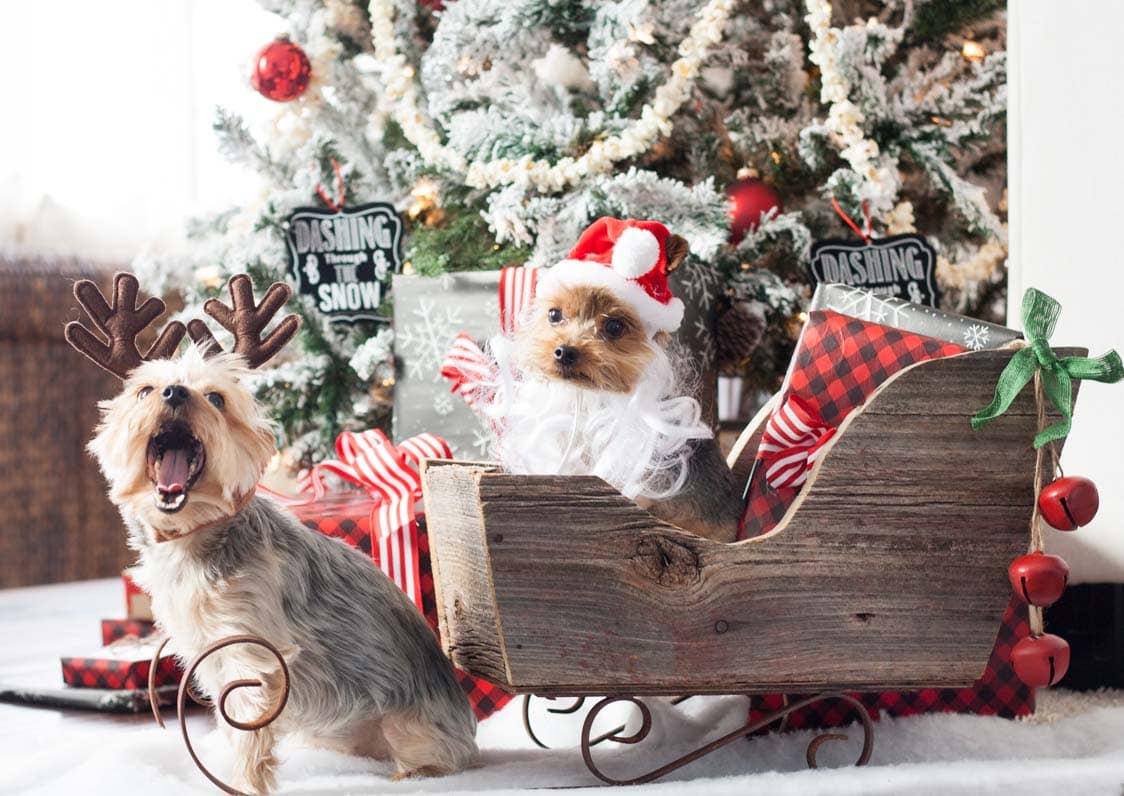 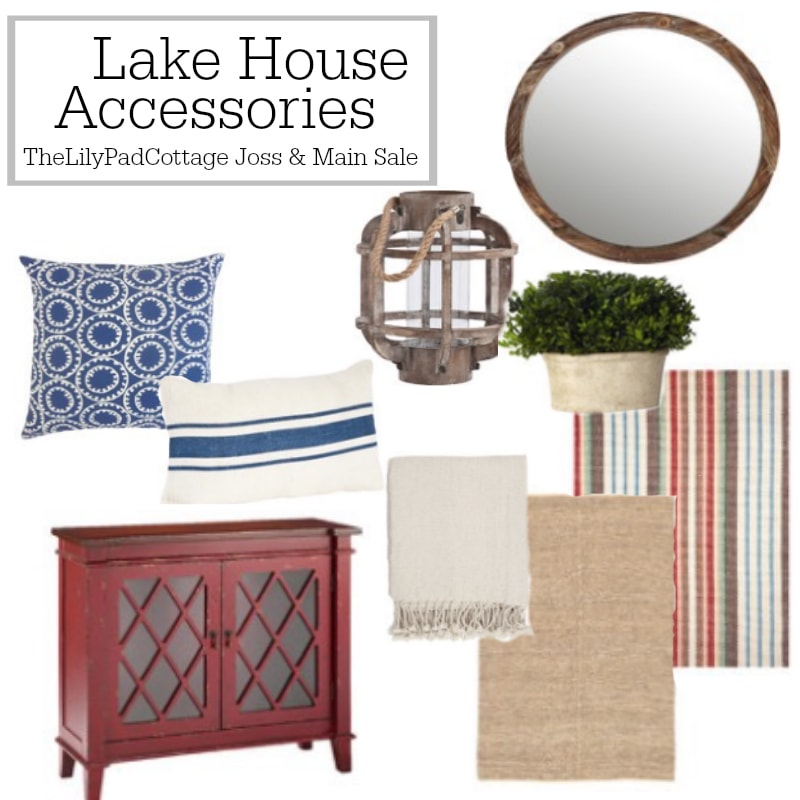 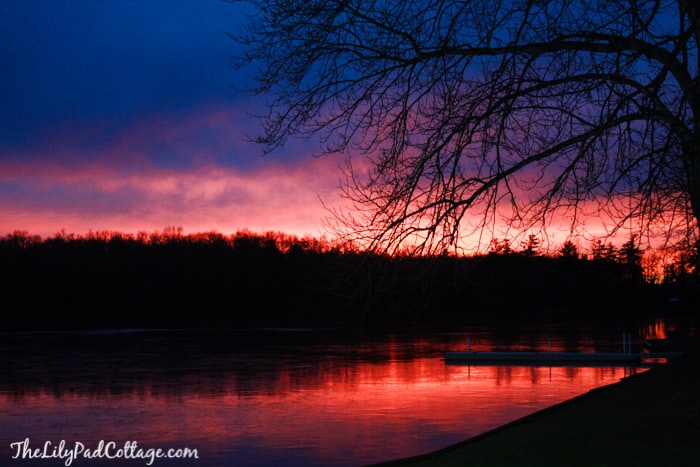 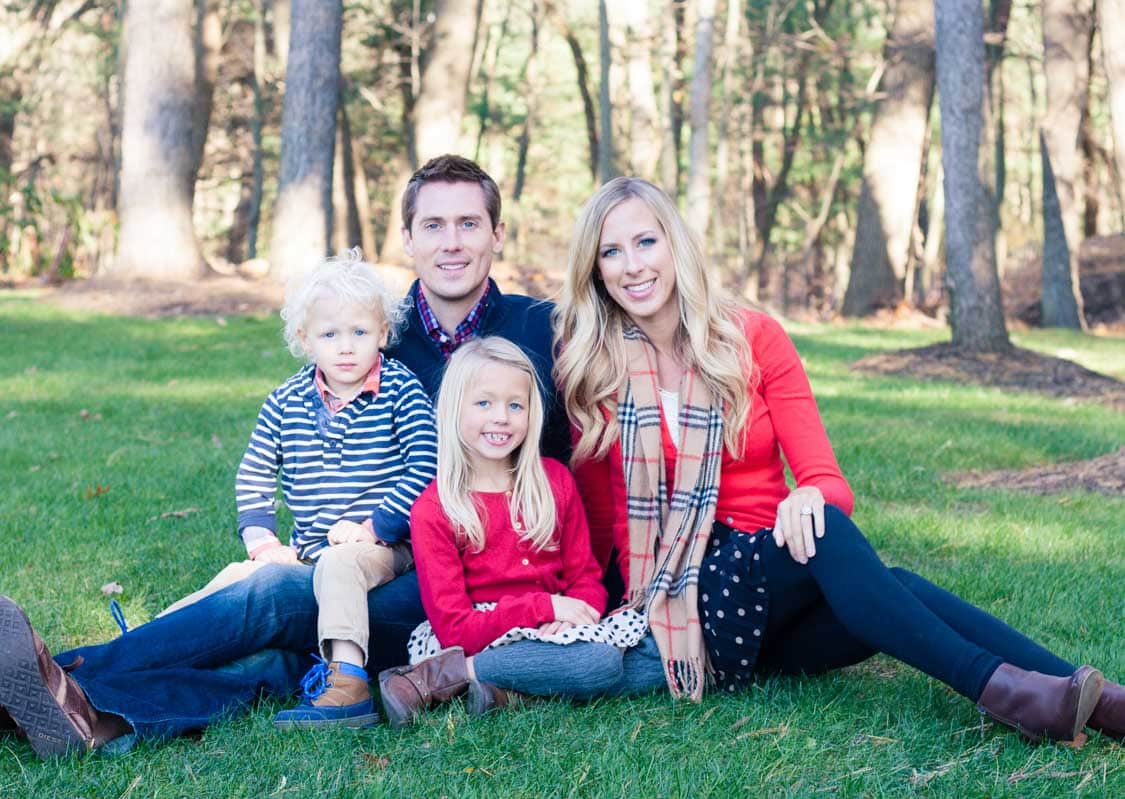